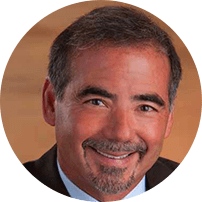 Aside from flipping pizzas at age 14, David’s only other job has been working with indoor plants. He has authored over 100 published articles on the subject and his lectures and consulting work are highly regarded by professionals throughout the world.  As a result of his leadership in the industry, he was voted by his peers into the Plant Institute of America  Hall of Fame.  David currently co-owns FDS with his partner and company founder, John Hagood.  As President and managing partner supporting 16 offices throughout the country, David still enjoys writing, consulting and speaking on the topic of interiorscaping.  When not working, David spends time outdoors fishing with his daughter, Virginia, and his wife, Lisa.   If he ever has enough of that (we are not saying he does) he  hunts alligators and enjoys building useful things in his fully equipped shop.  Although he is considered to be quite a good cook, and spends too much time in the kitchen, he will never go back to flipping pizzas – he was not very good at that!